The death of Aretha Franklin really affected me. Its funny I didn’t personally know her, but yet felt very close to her. I was born in Detroit and grew up listening to her music. I still cannot get her off of my heart and mind. Do anyone have any suggestions?

How many woman are afraid of getting into a new relationship? It’s scary getting to know someone all over again. I usuallly don’t get involved with men in the workplace, but this guy kept persuing me for about 6 months. I gave him my number and we talked on the phone for 3 months before I invited him over. Being around him made me realize he wasn’t the man for me. Now I’m trying to break away from him, and he not having it. I finally lied to him and told him I met someone else. 3 weeks later he sends me a text saying he misses me. He calls all hours of the night. I told him my new man is a x cop and x marine hoping he would back off. I told him that just in case he gets any deals of doing something supid. I only had sex with him once. which only lasted less than 10 seconds. After our sexual encounter, I began seeing these warning signs, and that why I backed off. He was just too clingy. I Thought to myself my GOD just think of how things would be if I was with him a long time. Now I have to see his ass everyday at work. This is why I shouldn’t have got involved with him. I told him just the other day not to contact me again or I would have a talk with his supervisor. I think he knows I’m serious now. Ladies be carful out there, when things like this happens it makes me not want to have a relationship, because some of these men are crazy and you don’t know who they are until you get involved. What do you all think about this? 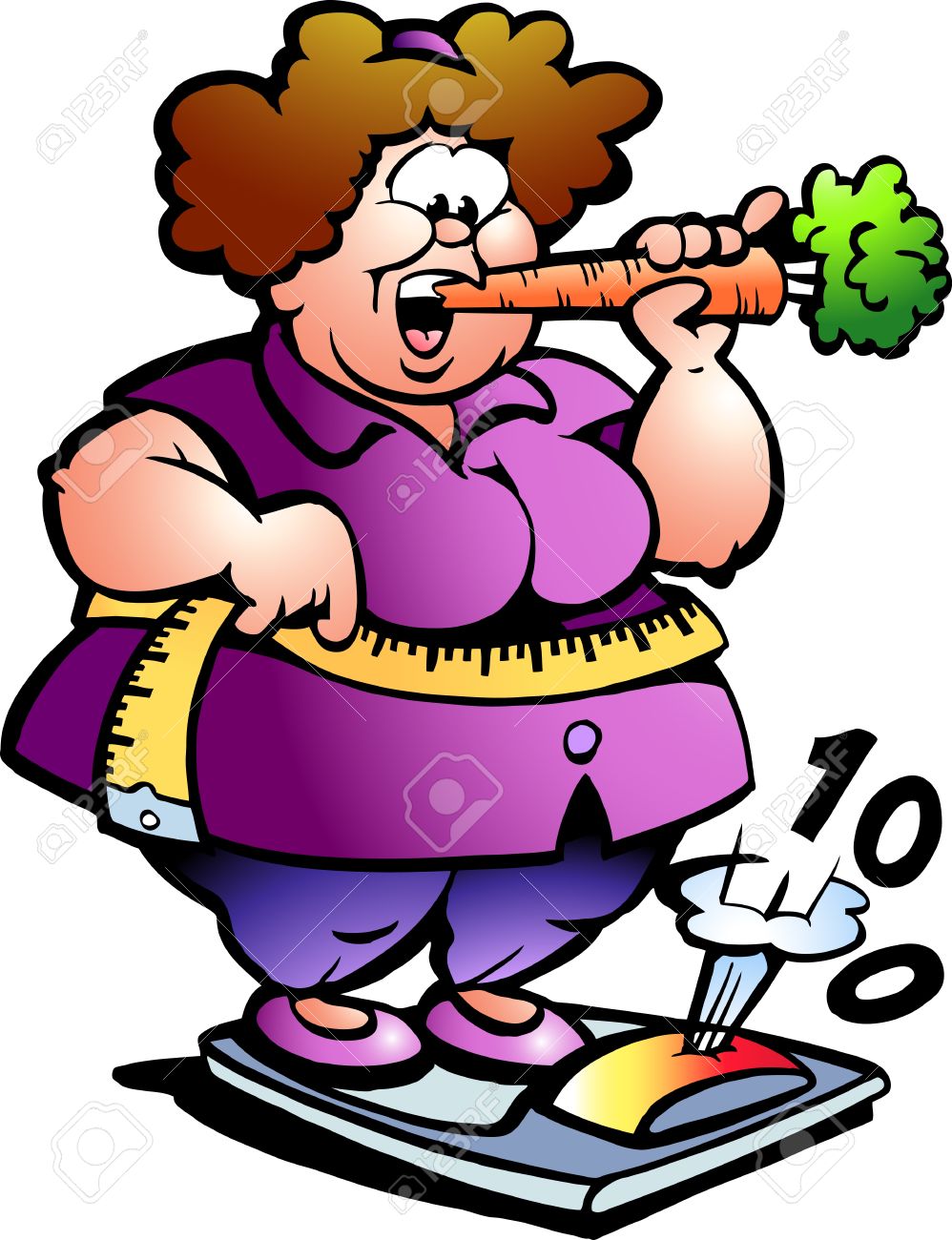 There are a lot of men who only look at the physicial, they don’t look deeper to see what kind of person the women is. There are some beautiful thick women who are just as attractive as thin women.  I keep telling myself that there is a man out there for everyone, but is there really?

Last farewell: Tearful fans gathering at the mourning altar set up for Kim at a hospital in Seoul. — AFP/Reuters

Seoul: A top K-pop star wrote in a suicide note that he was “broken from inside” and “engulfed” by depression, it emerged as his death sent shockwaves among fans worldwide.

Kim Jong-hyun, 27-year-old lead singer of the hugely popular K-pop boyband SHINee, was found in a hotel room in the South Korean capital Seoul in what police said was suicide.

A coal briquette was burning on a frying pan – a common method of self-killing in South Korea, an ultra-competitive society with one of the world’s highest suicide rates.

Kim’s close friend, musician Nain9, released a suicide note on her Instagram account, saying he had asked her to publish the message in the event of his death.

“I am broken from inside. The depression that gnawed on me slowly has finally engulfed me entirely,” it said, adding he “couldn’t defeat it anymore”.

“I was so alone,” he went on. “The act of ending is difficult. I’ve lived until now because of that difficulty.”

“Please tell me I did a good job,” he implored, ending the note with:

The five-member SHINee debuted in 2008 and went on to lead the “Korean Wave” that saw South Korean pop culture develop a fan base across Asia and beyond.

Known for peppy songs and carefully choreographed dance numbers performed with military precision, SHINee has become one of the world’s best-known K-pop acts.

The band has released five albums that swept charts at home and abroad, with some of them reaching Number 1 on the US Billboard World Albums chart.

He released his first solo album in 2015, topping the Billboard World Albums chart, and performed at solo concerts in Seoul only last week.

K-pop stars undergo cut-throat competition and gruelling years-long training at the hands of agents, who dictate everything from music style to diet and even mobile phone use.

A master’s thesis by a prominent Seoul actress in 2009 said that 40% of actors or actresses had considered suicide at least once due to a lack of privacy, online bullying or unstable incomes.

Hundreds of fans paid their respects at a mourning altar in the Seoul hospital where his body lay.

“I came here to say the last farewell… since we fans apparently couldn’t be there for him when he needed help most,” said Jung Mont-kyung, 19. — AFP

Thanks for sharing your post I’m sure it will help someone else. I had the same thing happen to me and it made me not want to trust another man. I haven’t been in a relationship or had sex in 3 years. Some people think I shouldn’t want a relationship because I am about to turn 60, but that’s a myth. I still like to fuck. I wish you the best! Mary

The 13th of February this year was a Tuesday. My fiancé and partner of almost fifteen years was at work. We had just that week decided on our wedding venue and had signed a contract with our wedding coordinator to secure the hotel. We were to be married in December.

That evening I went swimming with my mother. My fiancé told me that he was playing football with friends. I knew he was lying but I pretended otherwise.

I came out to the car after my swim and checked my phone. A notification told me that someone I didn’t know was attempting to contact me on Facebook Messenger.

Hello Rotimi Elijah I belive in true love without it how can anyone truely be happy? I love your blog, bcause you try to inspire and motivate people to be the best person they can be. Thanks for following my blog.

Loneliness is a universal human emotion that is both complex and unique to each individual. Because it has no single common cause, the prevention and treatment of this potentially damaging state of mind can vary dramatically.

For example, a lonely child who struggles to make friends at his school has different needs than a lonely old man whose wife has recently died. In order to understand loneliness, it’s important to take a closer look at exactly what we mean by the term “lonely,” as well as the various causes, health consequences, symptoms, and potential treatments for loneliness.

Loneliness Is a State of Mind

While common definitions of loneliness describe it as a state of solitude or being alone, loneliness is actually a state of mind. Loneliness causes people to feel empty, alone, and unwanted. People who are lonely often crave human contact, but their state of mind makes it more difficult to form connections with other people.

Loneliness, according to many experts, is not necessarily about being alone. Instead, if you feel alone and isolated, then that is how loneliness plays into your state of mind. For example, a college freshman might feel lonely despite being surrounded by roommates and other peers. A soldier beginning his military career might feel lonely after being deployed to a foreign country, despite being constantly surrounded by other troop members.

According to research by Dr. John Cacioppo, Tiffany and Margaret Blake Distinguished Service Professor and the founder and director of the Center for Cognitive and Social Neuroscience at the University of Chicago, co-founder of the field of social neuroscience, and one of the top loneliness experts in the U.S., loneliness is strongly connected to genetics. Other contributing factors include situational variables, such as physical isolation, moving to a new location, and divorce. The death of someone significant in a person’s life can also lead to feelings of loneliness. Additionally, it can be a symptom of a psychological disorder such as depression.

Loneliness can also be attributed to internal factors such as low self-esteem. People who lack confidence in themselves often believe that they are unworthy of the attention or regard of other people. This can lead to isolation and chronic loneliness.

Loneliness has a wide range of negative effects on both physical and mental health, including:

These are not the only areas in which loneliness takes its toll.

“Lonely adults consume more alcohol and get less exercise than those who are not lonely. Their diet is higher in fat, their sleep is less efficient, and they report more daytime fatigue. Loneliness also disrupts the regulation of cellular processes deep within the body, predisposing us to premature aging.” —Dr. John Cacioppo

Researchers also suggest that loneliness is becoming more common in the United States. Since 1985, the number of people in the U.S. with no close friends has tripled. The rise of the internet and ironically, social media, are partially to blame.

Experts believe that it is not the quantity of social interaction that combats loneliness, but it’s the quality. Having just three or four close friends is enough to ward off loneliness and reduce the negative health consequences associated with this state of mind.

Loneliness Can Be Contagious

One study suggests that loneliness may actually be contagious. In a ten-year study, researchers examined how loneliness spreads in social networks. The results indicated that people close to someone experiencing loneliness were 52 percent more likely to become lonely as well.

Loneliness can be overcome. It does require a conscious effort on your part to make a change. Making a change, in the long run, can make you happier, healthier, and enable you to impact others around you in a positive way.

Here are some ways to prevent loneliness:

You would think I would be congratulated for stepping away from a toxic relationship, but there are some people who have the nerve to doubt my decision.

Hello you can call me Mary. Have you ever asked yourself why not me? or maybe it was meant for me to be alone. Everyone deserves love, but yet some never find it. I am 60 years old, and I have been in countless relationships. I always managed to find the wrong man. I use to tell myself that all the good men are married, but are they really, because most married men cheat. My worse fear is dying along. I created this site so women can share how they feel about relationships and how they feel about being lonely. I have been single for 3 years not because I can’t find a man, but because I rather be single than to let one more man use me. There may be some women who are embarrassed to admit they are loney, but you would be surprised at how many of us are going through the same thing.  I look forward to your comments and learning about your experiences.

Thanks for joining me!